Before approaching the subject of this article, we need to scrutinize the meaning of blood pressure, which in the literature is summarized in the force exerted by the blood against the artery walls, force that is necessary for the blood to circulate throughout the body. We can present it by the formula Blood Pressure (BP) = Cardiac Output x Peripheral Resistance.

Controlling this blood pressure is directly linked to factors such as:

In short, it is much more complex than one might imagine. 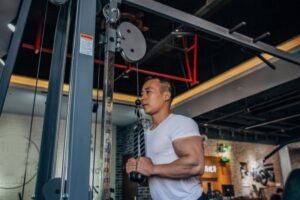 When the reference parameters are above their normal margins, the person presents a picture of Systemic Arterial Hypertension (SAH), which is a chronic-degenerative disease of a multifactorial nature, in the vast majority of cases, asymptomatic, which fundamentally compromises the balance of the blood vessels. vasodilator and vasoconstrictor systems that maintain vasomotor tone, leading to a reduction in vessel lumen and damage to the organs they supply. 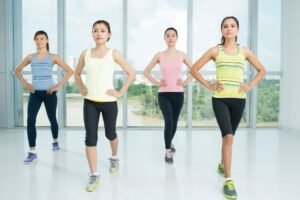 Until recently, Resistance Training (weight training) was contraindicated for people with hypertension, based on the fact that exercise, in addition to being able to produce dangerous blood pressure elevations, could also worsen the adverse myocardial remodeling produced by the disease, and would not be efficient in reducing resting pressure in these patients, which is not entirely wrong, but I will answer a little later.

Studies have shown that in resistance training cardiac hypertrophy occurs, but without a reduction in chamber volumes, without an increase in necrosis and fibrosis, and without progression to heart failure. One of the details for this prescription line is that in resistance training, the exercise-induced reduction in resting blood pressure in hypertensive people is less pronounced when compared to aerobic exercise.

In aerobic activities, there is a better control due to the action of the central command mechanoreceptors, where we have a reduction in the response of the parasympathetic nervous system (PNS), an increase in the sympathetic nervous system (SNS), in local metabolic vasodilation, an increase in systolic volume (SV), heart rate (HR) and cardiac output (CO), favoring a reduction in diastolic blood pressure (DBP) and an increase in systolic blood pressure (SBP), leaving the activity at low risk of post-exercise hypertension.

On the other hand, the prescription of training for resistance physical exercise has to be done with great care in people with SAH, and respecting the work of loads between 40 to 65% of 1RM (one repetition maximum), unlike the load used for not patients with SAH, where we can start with 85% of 1RM. The answer to this attention criterion is that at loads above 85%, we have a greater accumulation of metabolic chemoreceptors, which, inversely to what occurs in aerobic activity, we have an elevation of the sympathetic nervous system, reduction of the parasympathetic nervous system, a significant increase in heart rate. , increased cardiac output, diastolic blood pressure and systolic blood pressure.

In summary, for people with SAH, when working with high loads, there is a high risk of peak pressure (sudden increase in systolic and diastolic blood pressure), which may compromise important vessels, leading to a rupture of a preexisting aneurysm, or to a cerebrovascular accident (CVA). When working with light loads is respected, systolic and diastolic blood pressure does not undergo a significant increase, leaving the activity at low risk.

How to reduce risk?

But after all, does the hypotension effect of physical training have clinical relevance?

Studies show that a drop in systolic blood pressure of 2 mmHg can reduce mortality from stroke by 10%, and from myocardial infarction by 7% among middle-aged people.

Exercise remains a key therapy for the primary prevention, treatment, and control of hypertension. The optimal frequency, intensity, timing, and types of training need to be better defined to optimize BP-lowering exercise capabilities, particularly in children, women, the elderly, and certain ethnic groups. Training, if correctly prescribed, will have an acute effect with post-exercise hypotension.

Recommendation for all hypertensive patients

Tips for the control and prevention of hypertension (SAH):

“Physical activity should and can be part of the daily life of people with high blood pressure”.

Do you want to know more about the work of Professor Beto Fusaro? Visit: @personal_betofusaro

Buying real estate outside Brazil, is it worth it?

Corporate lectures – what look to wear?

Benefits of yoga for mental health in...

Yoga and its ability to change lives

Online Therapy - Benefits and care with this...

Detox diet or intermittent fasting, which one is better?

Vitality – postures for the vital functions of the...

Immigrant Syndrome – Do you know?

Global and national fitness trends for 2022

About Magazine Brazil Away

Magazine Brazil Away – Your home away from home. The online magazine that connects Brazilians around the world.

Yoga and its ability to change...

Detox diet or intermittent fasting, which one to lose weight...

This website uses cookies to improve your experience. We'll assume you're ok with this, but you can opt-out if you wish. Accept